Having only single container for each service is not good when it comes to the production environment since we also need high availability when one node is down. If one node is down, then there should be another node to take over the load to that particular service. Docker Swarm gives you an elegant way to handle multiple container. Docker Swarm control following functionalities for you to deploy containers easily.

A Node is an instance of the Docker engine participating in the swarm.

Worker Node are the nodes that run containers as instructed by the Master Node.

Manager Node instruct Worker Node container status. In Docker Swarm, there can be multiple manger and worker nodes. Purpose of having multiple manger node is to maintain high availability for Manager nodes. Here, one node selected as the Leader Node which perform the container orchestration. Leader Node selected by the the algorithm know as Raft consensus algorithm. handle the Manager Node can be also act as Worker Node by default. Manager node responsible to do following tasks.

For this example I am using Play With Docker instance to deploy the swarm instead of testing it on local machine. You can create an account in https://labs.play-with-docker.com with your docker hub credentials (You can test it in your local machine as well. But I prefer this one since you don’t need to install Docker). Once you logged in, you can create new instance with “Add New Instance” button in the top left corner. This will show you a terminal that can be tested our deployment.

For this example we are using sample code from the Github that contain all required coding implementation. This example contain five different services as describe below. 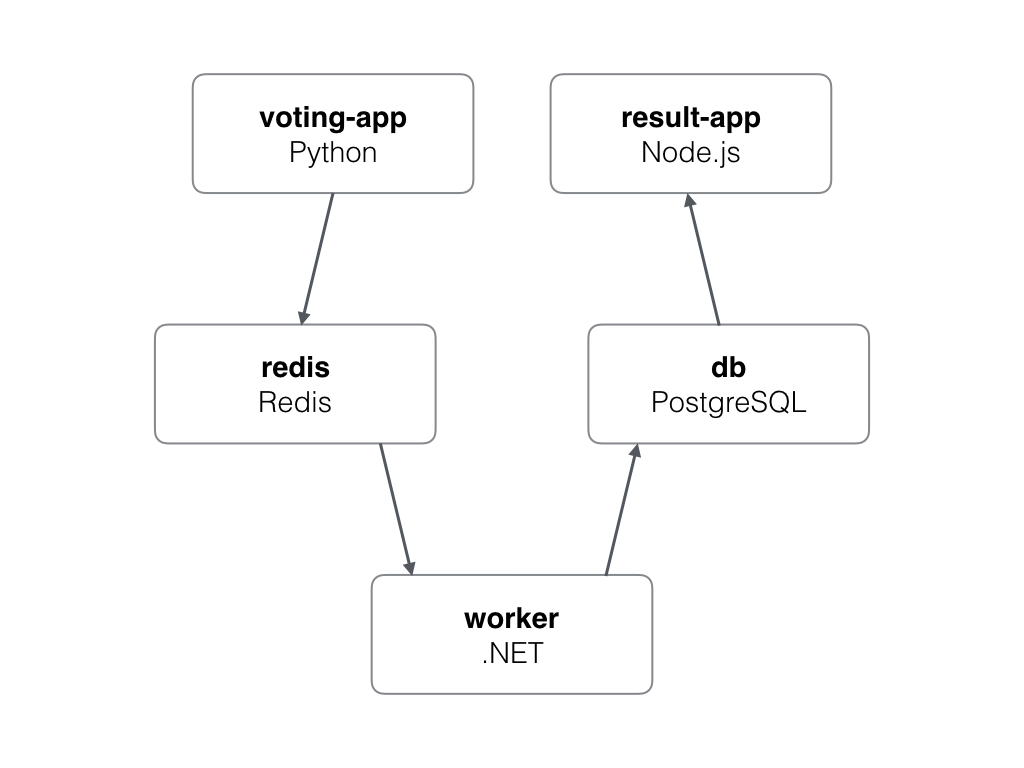 First you need to clone this Github repository into the newly created instant with following command.

Then move into the project folder with

Next, start the application with Docker Swarm with following command.

This command will generate all required Docker images from “/result” “/work” “/worker” by executing “Dockerfile” and start the docker swarm.

Hope you enjoy reading this article and see you in next article. Cheers :)

Hi, I am Dhanushka, the author of Devform. I hope you like it!
Introduction to The Docker Life Cycle
Kubernetes in Microservices World